Before I review the book, I feel I must first acknowledge that I am certainly no Lysa TerKeurst’s target audience. Made to Crave is written from a female perspective to females. TerKeurst frequently references the “Jesus Girls” she had in mind when she wrote this book. Ultimately, Made to Crave is about food addiction and the spiritual ramifications of an unhealthy relationship with food. TerKeurst’s premise is that we are all designed to crave, as revealed in Scripture, ““How lovely is your dwelling place, O LORD Almighty! My soul yearns, even faints, for the courts of the LORD; my heart and my flesh cry out for the living God” (Psalm 84:1 – 2). Unfortunately, many of us misplace our cravings and try to satisfy them with food. I believe TerKeurst’s approach is much needed in face of a dilemma that is so common. Though I am not the target audience, I highly recommend this book to any Christian who has placed food on the throne of God. It helps address the mental and spiritual sides to weight loss. 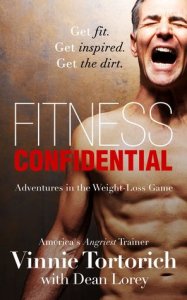 I bought this book hoping to learn more about author’s no sugar, no grains diet (or NSNG). I suppose I expected it to be like other formulaic diet books out there. You know, an intro to the plan followed by the phases of the plan, followed by suggested recipes. However, that wasn’t the case. In all honesty, Tortorich spends little time presenting his diet. As it turns out, “no sugar no grains” is really as complicated as it gets. He spends more time exposing the cesspool the fitness, health, and diet industry has become and even more time chronicling his own journey. I won’t repeat them here for fear of ruining the book, but Tortorich’s battle with his health and fitness demons made for a good read. He is a straightforward guy and cuts through the usual nonsense one would expect from a health expert. His foul language and bluntness may offend some, but I actually kind of found his book refreshing.

For anyone who does want to learn more about the NSNG Diet, Torotorich is a prolific podcaster and Twitter user and he tends to share most of his knowledge for free.